Located at the extreme southwest of Europe, the Republic of Portugal is constituted by the continental territory and two Autonomous Regions, the archipelagos of Madeira and Azores (Açores). The Continent is divided into 18 districts. Portugal’s total area is of 92.000 Km2 and there are around 10 million inhabitants. The Portuguese Republic borders Spain North and East and has an extensive maritime coastline South and West that bathes the Atlantic Ocean. The country’s capital is Lisbon and the official language is Portuguese. 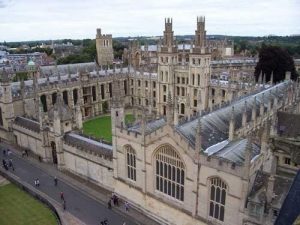 Pre-school education is optional and is for children between the ages of three and the age of entering basic education.

Basic Education is universal, compulsory and free and comprises three cycles, the first cycle lasts for four years, the second lasts for two years and the third lasts for three years.

Secondary education is compulsory and it comprises a three year cycle (corresponding to 10th, 11th and 12th year of schooling).

The Portuguese Higher Education system has been undergoing a profound reform, in accordance with the European-wide strategy for the modernisation of Higher Education promoting the knowledge-based economy and society. A series of measures have been introduced in the last years for the accomplishment of what is known as the Bologna Process, namely with the aim to widen access to Higher Education, particularly for new publics, guaranteeing quality evaluation, modernising and internationalising Higher Education.

Higher Education is divided into three cycles of studies. Generic qualification descriptors were also defined for each of the cycles of studies, based on acquired competences, as well as the structure for the first and second cycles of study in terms of typical ECTS intervals.

Portugal is part of the Schengen Area, a group of 26 European Countries which have abolished all border controls between each other. Hence, most citizens of the EU, the European Economic Area (EEA – Andorra, Iceland, Liechtenstein and Norway) as well as Switzerland need only an identity card in order to enter Portugal.

Highlights of Studying in Portugal